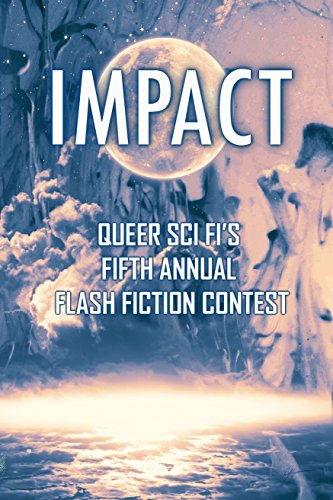 Specializes in very short (flash) fiction, of 500 words or fewer.

Ranks among the 25 Swiftest Fiction Markets

Ranks among the 25 Most Approachable Fiction Markets

Ranks among the Most Personable Fiction Markets

I write something along the lines of cross-genre character-based multi-narrative introspective episodic flash fiction. That’s fancy mumbo-jumbo for “I write short fiction involving the same two characters, Tanim and Daren, in different settings and genres.”  Basically, I take the same two characters, make subtle tweaks to their story/history/personalities/etc, and see what happens. It’s sort of like shattering a mirror and then describing the minute variations in the thousands of fragmented reflections.

by Christopher Jackson-Ash, inspired by Michael Moorcock and J.R.R. Tolkien.

Once there was a single universe and time was liner, but then came the sundering and the formation of the multiverse – with an infinite number of dimensions where anything is possible.  Simon Redhead is a young university student who is unaware that he is a manifestation of the “Everlasting hero” who at one time helped to create the ‘multiverse’ and who now must save it.

The Authors Haunt is an online writing site dedicated to publishing quality fiction and poetry.

Lustpiel is a new on-line magazine for gay, lustful literature. We intend to add a print edition soon. Submissions open.

Duotrope is an established, award-winning writers’ resource, and we’re here to help you spend less time submitting so you can focus on writing. Whether you’re an experienced writer or just getting started.

Literary journal of gay and bi-sexual men.  Wilde Oats celebrates the lives of gay and bisexual men through well-crafted stories, articles and art.