Under former United States Attorney General Janet Reno, the mission of the museum guards abruptly changed. They stopped protecting the public from art and began to protect the bathrooms from the public. Overnight, the entrances to the restrooms were disguised as refrigerator doors. People who needed to urinate would avoid the chill of an opened ice box. That part was easy. More challenging, even for Janet, were the flesh-eating bananas in the cafeteria. They were leaving so many museum goers without lips, tongues or the ability to communicate in any manner.

It didn’t help that Wendy, Janet’s wife, had insisted on time together away from Washington. Did Wendy really believe nothing bad could occur in Catholic-speaking countries? As a condition of marriage, Wendy had agreed to baptism, but something essential to faith eluded her. Just this morning, Wendy had insisted on an early start for their excursion – Janet thought of it as a pilgrimage – to the Cathedral of Salt, two hours north of Bogota. Janet had wanted to attend Mass in town because she wasn’t sure Travel Zoo provided accurate information about eucharistic services in Zipaquira. Wendy responded, “It’s a real Catholic church, with God and everything else you’ll need. If something’s missing, we’ll find a more fully-equipped facility nearby.”

Janet was less certain. Pope Francis would be arriving in Bogota that afternoon, but Janet and Wendy would not be there, and Janet feared shortages of grace outside the apostolic itinerary.

Nonetheless, the cab ride toward Zipaquira started comfortably — the ever-grinning driver clearly costeno (and probably too dark for Wendy’s aesthetic), the Misa Vallenato not a bad choice for Sunday morning taxi radio.

Janet’s real joy sprang from the Andean foothills, the blinding blue sky above them, and here and there sun-streaked clouds tousled like Wendy’s hair on Janet’s grateful, shoulder.

Then a slight bump in the road. “Your daughter – she is your daughter isn’t she,” the driver said. Janet kept herself from lying or telling the truth.

After a moment, sensing his curiosity might go unsatisfied, the driver continued, “Her father must have been handsome.”

“Yes, he was.” Janet tried to suppress her anger and the resurgence of disappointment that the surest sign of fortune in a child’s life was looking like the parent of the opposite sex. Janet herself was her mother’s clone. 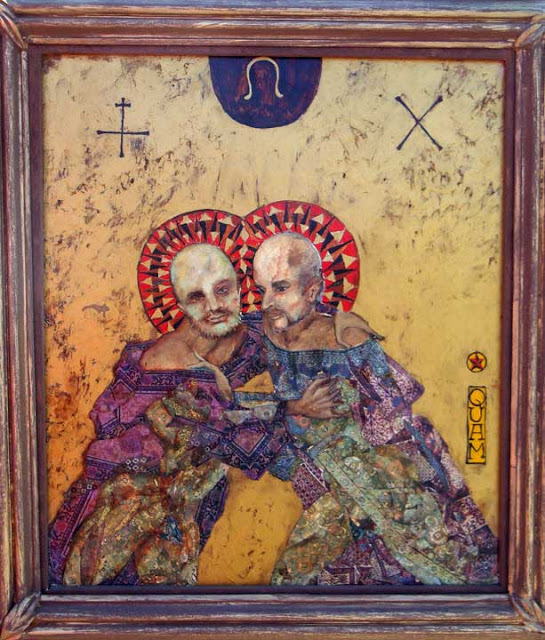 Suddenly frightened, Janet tried to hide from the driver’s stare by burying herself in professional concerns — the flesh-eating bananas back in D.C. and the small bunch she was carrying in her purse. She was sorry she hadn’t emptied it before leaving the museum lab. But she was reluctant to toss away the bananas now because she feared there might be few other specimens benign enough to examine. Moreover, she couldn’t predict what mischief they might cause so close to the equator. And she could not leave the bananas in the safe or mini-fridge of their hotel room, lest Wendy seize one as a snack.

Wendy was beginning to stir. Instinctively, Janet kissed Wendy’s forehead, then looked up startled. The cab driver’s grin had become a leer. Even the homeliest straight man thought himself equipped to convert even the most beautiful lesbian.

Janet searched for some comfort, about life’s eventually, perhaps inevitably, becoming easier for gay people. She had often tried to introduce the subject to Wendy — who fortunately or unfortunately seemed oblivious to discomfort over being lesbian.

In the knowledgeable Catholic circles in which Janet traveled (or maybe they were just wishful thinking circles), rumor had Pope Francis urging beatification of a vaquero during high mass in Villavincencio. Although in the world’s biggest corral, a pontiff could not just up and canonize a cowboy he had adored; but beatification itself might reduce church persecution of gays and lesbians. Of course, there was the possibility of backtracking – what did happen to all the people condemned to eternal damnation for eating meat on Fridays when that meal was a mortal sin? A papal administration could overturn the decision of a predecessor, especially a recent one. Vatican II had removed 131 saints from the martyrology – all of them wiped out merely because they were people who had never existed. What would have occurred had they been suspected of being gay?

Wendy inevitably ridiculed Janet’s concerns. “The church has never persecuted gay people,” she said. “We know that because so many priests are gay.”

“But they are gay in secret.” Janet might protest.

A drop of impatience would form at the edge of Wendy’s luxurious lips. “Secret?!? Their stories are always in the newspaper – the priests’ stories; gay nuns never get any press.” Then Wendy would roll her big blue eyes. That’s all it ever took for Janet to yield. “Okay, this time.” Janet would say, as though her ability to resist had not been totally eroded by her fear of losing Wendy. Anyway, their salvation insurance included a rider for final repentance. Janet half-doubted its enforceability, but only half.

The two women had met at Colonial Williamsburg. Janet was on the panel of judges for the clothes-pin-and-white -linen competition. Wendy came in 6th among Daughters of the Revolution. She never let Janet forget the humiliation.

“Of course, you ignore everything I say. I came in only 6th.”

“It was the Jamaican judge,” Janet would sometimes respond. “Or the Mongolian one.”

So far Wendy had not meddled in Janet’s professional affairs. Janet winced momentarily at the thought of becoming an agent for Wendy’s views on American culture or other public health menaces, and then shrugged her shoulders. Children of recent immigrants would always defer to Jamestown and Mayflower families. That’s what made America great and kept it relatively white — not a walk-in disappointment, like so many former super-powers.

When they reached Zipaquira, Wendy awoke from her sleep and rushed into the Cathedral of Salt to find a bathroom. Janet paid the driver and, while her purse was open, saw herself handing him a banana.

Accepted by Michael Ampersant on March 2, 2018

Recently retired from the practice of law,  Chuck teaches English in San Francisco.  His work has appeared in numerous publications.  Some of his fiction has been collected inSierra Showdown: A Triptych and in Against Slander: Three Admonitions.  Both books are available on Amazon.com. 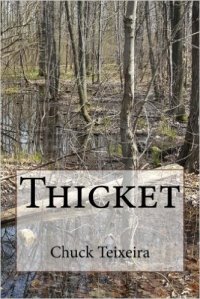